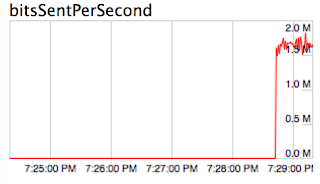 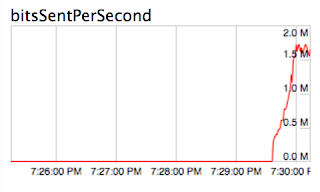 There are cases when we would like to limit the maximum bitrate being transmitted by WebRTC to avoid wasting resources in the user endpoints or save money reducing the bandwidth usage in our servers.   This is because the maximum bitrate by default in Chrome is around 2Mbps and for many use cases a much lower bitrate provides still pretty good quality.   BTW using a lower bitrate can also help with stability of quality in multiparty scenarios by reducing the amount of competition among different streams.

1. Use the standard b=AS:BITRATE (Chrome) or b=TIAS:BITRATE (Firefox) attributes in the SDP for the audio or video channel[1]
2. Use codec specific attributes (this work at least for opus audio codec with maxaveragebitrate property) [2]
3. Use the proprietary x-max-bitrate attribute in the video channel of the SDP answer.  For example w…
Read more

It is a common request from WebRTC developers and customers to know how they can differentiate WebRTC traffic from other type in their networks.  Usually the goal is to be able to prioritize RTC traffic over other types of less important traffic.

By prioritizing the WebRTC traffic in the edge routers it is possible to improve the quality in some network scenarios.  The most common cases where this marking may help are:

Congested broadband uplink where the router can discard other type of traffic instead of WebRTC traffic when queues get full.Congested local wireless network One obvious way to do this is forcing all the traffic to be relayed through a TURN or SFU server and se the priority based on IP addresses.   That's easy and always work, but the problem is that it is very difficult to maintain when your infrastructure changes often (scaling elastically, new datacenters...).

Other way to accomplish this is to use Differentiated Services Code Point (DSCP) marking. With DSCP you c…
Read more